Do you know your blood type?


If you ask this question in Japan, more than 90% Japanese will answer “Yes”.
Can your blood type reflect your personality?
Interestingly, the theory linking the ABO blood type to human personality traits is very popular in Japan, almost as popular as astrological signs in other parts of the world. Just to refresh your memory, the 4 different ABO blood types are: A, B, O and AB.

So why are the Japanese so obsessed with blood-type personality?


Well the idea was introduced in medieval and early-modern Japan, drawing similarities between blood types and the four social classes of that era.


However, the actual trend was started by Professor Takeji Furukawa, at Tokyo Women's Teacher's School, in 1927, when he published an article in the journal of “Psychological Research” titled "The Study of Temperament Through Blood Type". This study was aimed at creating “ideal soldiers” by the reigning militarist government. However, lack of scientific evidence and experience on Mr. Furukawa’s part weakened his “theory” which disappeared in the 1930s. About forty years later, the same idea was revived in a book by Masahiko Nomi, a lawyer and broadcaster, who did not come from a medical background. Mr. Nomi's work also received a lot of criticism from the Japanese psychological community, as it lacked substantial clinical evidence. Nevertheless, his book remains popular even today and his theory has been kept alive through more books written by his son, who also ran the “Institute of Blood Type Humanics” in Japan.

The height of obsession


Unfortunately there seems to be a dark side to this interesting theory. Blood type harassment, called "Bura-hara" in Japanese, where children are bullied in schools for their particular blood type has been reported. Rumor has it that in Japan, individuals with blood type B are considered unpredictable and unreliable. There is also a very popular book in Japan called: "Instruction Manual for People with Type B Blood"?


Asking the blood type can be a standard question during job interviews and some employers are known to refuse applicants with the "wrong" blood type.  This attitude has also been witnessed among Japanese politicians.  A former minister, Ryu Matsumoto was asked to step down after he had made rude comments about other politicians. To everyone’s surprise, Mr. Matsumoto defended his offensive behavior by saying:
"My blood is type B, which means I can be irritable and impetuous, and my intentions don't always come across."


The Wikipedia version of the “Japanese blood type personality chart” is given below for your curiosity and reference.

Finally, everyone in my family has blood type “O” but our personality traits do not confine us to any particular blood group, though we do tend to lean towards “O” and “A”! How about you?

Posted by SueShe at 6:57 PM No comments:

Sushi is the most famous Japanese food in the world. Before coming to Japan, I was under the wrong impression that, the Japanese only ate raw fish or sushi. For those of us coming from Southeast Asia, cooking food with a variety of spices may be the norm, but the Japanese definitely do not eat sushi everyday! Rather, it is eaten on special occasions such as celebrations.


To begin with, the whole idea of sushi being raw fish is wrong. Raw fish is sashimi and therefore, the words sushi and sashimi are not interchangeable.

2.     Maki-Zushi
Maku means to wrap around into a cylindrical roll. In this type of sushi, rice and other ingredients are placed on a dry piece of seaweed Nori and made into a roll.
a.     Futomaki
Futoi means thick, so a large or thick roll of Maki zushi containing many ingredients is called futomaki.
b.     Hosomaki
Hosoi means thin, and a thin roll of Maki zushi containing very few or just one ingredient is called hosomaki.
3. Temaki Zushi

Te means hand and temaki zushi is made by placing rice and ingredients into a cone  shaped dry-seaweed paper or nori. Usually, all ingredients and stacked pieces of Nori are placed on the table and one is free to make their own nori cone and place whatever ingredients one chooses into the cone and eat.
4.     Oshi-zushi
Osu means to press something against something. This type of sushi is made by pressing fish onto sushi rice in a wooden box.
﻿﻿
﻿﻿
5.     Chirashi-zushi
Chirasu means to scatter, and in this kind of sushi, ingredients are scattered or spread over sushi rice, presenting a colorful treat to the eyes!
A unique form of Chirashi-zushi is Bara-zushi, a special kind of sushi in Okayama Prefecture, where I live. The unique taste of this sushi is achieved by flavoring each ingredient individually before mixing it with the sushi rice to accentuate a deep flavored “one dish”.
6.     Inari-zushi
The simplest form of sushi is the inari-zushi, placing sushi rice into deep-fried tofu (bean curd) parcels. In some places inari-zushi is also referred to as Oinari-san.
The art of eating sushi
Nowadays almost everyone prefers to use chopsticks when eating sushi but traditionally nigiri zushi was eaten with the fingers. Usually, a piece of sushi is dipped into soy sauce with the topping side down, before eating. The soy sauce dipping provides flavor to the raw ingredients, which sit on the sushi rice containing a small amount of wasabi. Those who prefer a stronger pungent taste, can add extra wasabi to the soy sauce dip.
Price of sushi in Japan

The price of sushi depends on the quality and freshness of the ingredients. In Japan, the toro (fatty belly) of a blue fin tuna is a prized treat. Toro is graded based on the marbling of the meat, like the grading of beef. Toro taken from the underside of the fish close to the head called “otoro” is the highest grade and most costly and “chutoro” is, a lower grade extracted from the belly in the middle and back of the fish, but is less marbled than otoro. While a pack of roll sushi at the convenience store or supermarket may cost between US$ 5.00-7.00, a reputable restaurant in Tokyo may charge US$ 100 per person! For a reasonable price and fairly satisfactory taste, one can visit the revolving-sushi-bars called kaiten-zushi, where single plates containing sushi are placed on a conveyer belt-like moving table, revolving around the customers tables. Customers can pick up what they like or wait for their favorite sushi plate to arrive. Each plate of sushi can cost from 100 yen to 300 yen and customers are billed based on the number and type of plates they picked.

Taste of sushi
For starters, fresh sushi does not taste fishy. In fact, it really doesn’t taste like anything! Rather we can say it is an acquired taste. The taste comes from the spicy wasabi, soy sauce and other flavors. The sushi rice has a somewhat pungent taste due to the vinegared seasoning.
To wrap up, I would like  to say, Sushi tastes like sushi, and is simply delicious!
Please try it..

Posted by SueShe at 7:50 PM No comments: 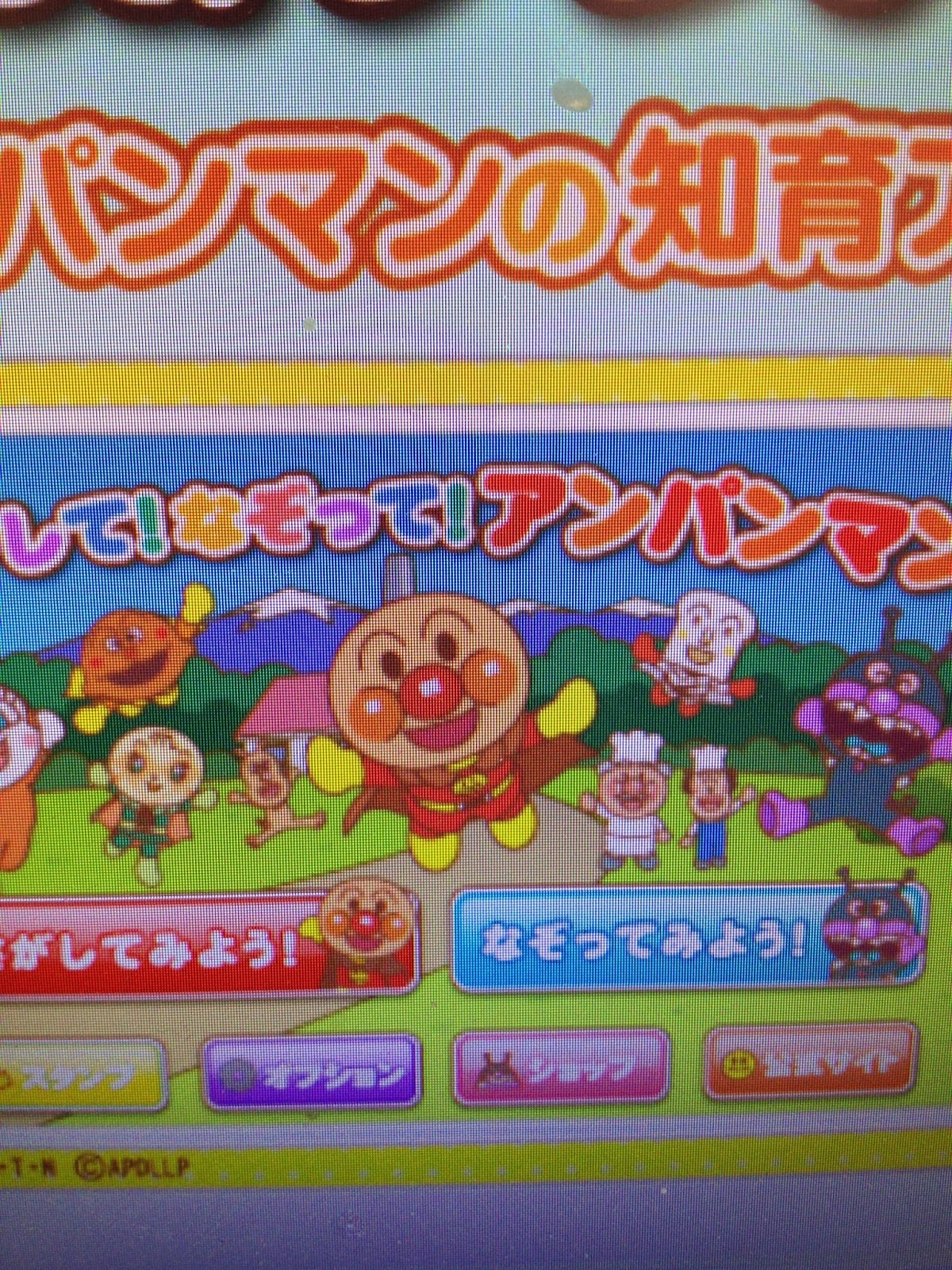 Most superhero’s risk their own safety to protect others and save the world, but Japan’s longstanding, animated super hero “Anpanman” rescues hungry people by giving them a bite off his face and reciprocates their pain! One of the cutest superhero’s ever, Anapanman is every Japanese preschooler’s best buddy! This lovable and extremely adorable, animated character was created by Takashi Yanase, who passed away on Oct. 13th 2013, at the age of 94.
On a serious note, Anpanman is not your typical superhero. Rather than being cool, fighting enemies and saving the world, he relieves hunger and approaches his enemies with kindness. Apparently, his creator, Mr. Yanase was also a very kind man who brought people together. It is said that he came up with the idea of creating Anpanman, while he was serving as a soldier in the army and went without food for many days. While his hunger made him yearn for bread, he realized how a hero’s job was not only saving lives but also to relieve starvation, and by afflicting pain upon oneself, was a way to share the victim’s sorrow. Thus, he created Anpanman, who lets hungry people feed on his face and with every bite they take off him, he becomes weaker and weaker. Of course, once the day is saved, a new “anpan-head” is freshly baked and replaced on our little hero's shoulders, and he is ready to go again!


In the animation, Anpanman can fly and give a strong “an- punch” to his main enemy “Bai-kin-man” ( baikin = germ) and his aide, a cute, cat-like character called “do-kin-chan”.
The main theme of the Anpanman show is 'food', and children are glued to the TV every morning when the show starts. As with all popular animated characters, the Anpanman characters are heavily merchandized in Japan, and every toy shop devotes a corner to Anpanman to commercialize their popularity! Products range from books, DVDs, video games, toys, snacks, lunchboxes, blankets and even diapers!
There are quite a few Anpanman museums spread across Japan, the oldest one in Mr. Yanase’s hometown Kochi, Shikoku island and and the newest in Kobe, which opened on April 19th , 2013.
http://www.awn.com/mag/issue3.11/3.11pages/onoanpanman.php3
http://www.kobe-anpanman.jp/index.html,


Through his self-sacrificing hero Anpanman, Mr. Yanase created a world of love and compassion for young children, and his legacy will live on for many years to come.

Whatever you do, make it an offering to me -- the food you eat, the sacrifices you make, the help you give, even your suffering.”………………………Indian Quote

Posted by SueShe at 8:30 AM No comments: